We have the power to bring Trump down. 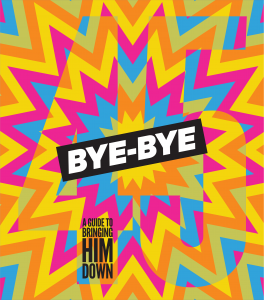 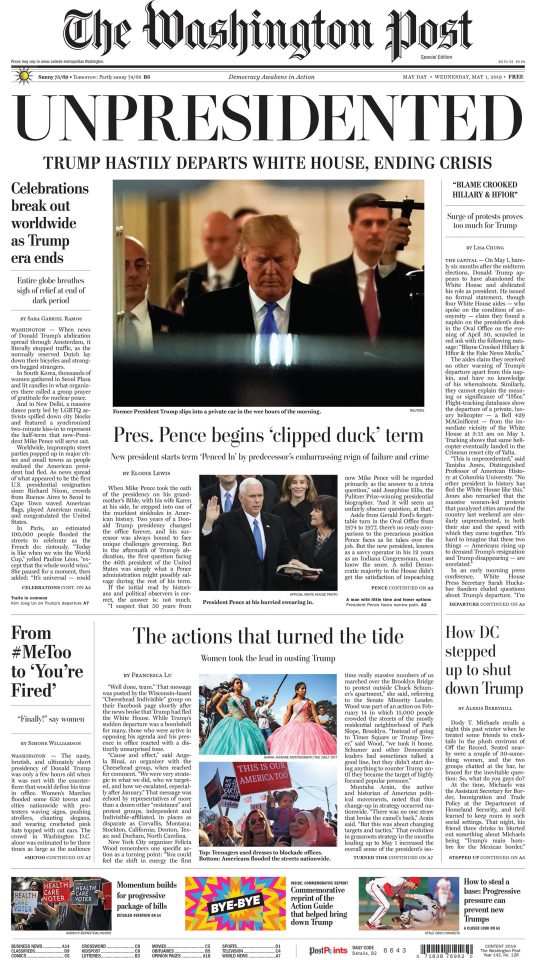 Bringing him down can of course mean many things. Most modestly, it can mean blunting his policy initiatives, tying his hands, obstructing his policies. More ambitiously, it can mean forcing him from office — whether that takes the form of resignation under pressure, impeachment and conviction, removal under the 25th Amendment, or defeat at the ballot box in 2020.

It was produced as part of the “UnPresidented” special edition of The Washington Post, a collaboration between Onnesha Roychoudhuri, L.A. Kauffman, and the Yes Men.

How to Read a Protest: The Art of Organizing and Resistance

“Explores protesting as an act of faith . . . How to Read a Protest argues that the women’s marches of 2017 didn’t just help shape and fuel a moment—they actually created one.”—Masha Gessen, The New Yorker


“A fascinating and detailed history of American mass demonstrations.”—Publishers Weekly

When millions of people took to the streets for the 2017 Women’s Marches, there was an unmistakable air of uprising, a sense that these marches were launching a powerful new movement to resist a dangerous presidency. But the work that protests do often can’t be seen in the moment. It feels empowering to march, and record numbers of Americans have joined anti-Trump demonstrations, but when and why does marching matter? What exactly do protests do, and how do they help movements win?

In this original and richly illustrated account, organizer and journalist L.A. Kauffman delves into the history of America’s major demonstrations, beginning with the legendary 1963 March on Washington, to reveal the ways protests work and how their character has shifted over time. Using the signs that demonstrators carry as clues to how protests are organized, Kauffman explores the nuanced relationship between the way movements are made and the impact they have. How to Read a Protest sheds new light on the catalytic power of collective action and the decentralized, bottom-up, women-led model for organizing that has transformed what movements look like and what they can accomplish.

Direct Action: Protest and the Reinvention of American Radicalism

“L.A. Kauffman’s ‘Direct Action: Protest and the Reinvention of American Radicalism’ is the best overview of how protest works — when it does — and what it’s achieved over the past 50 years.” — Rebecca Solnit, New York Times Book Review

As Americans take to the streets in record numbers to resist the 45th president, L.A. Kauffman’s timely, trenchant history of protest offers unique insights into how past movements have won victories in times of crisis and backlash and how they can be most effective today.

This deeply researched account, twenty-five years in the making, traces the evolution of disruptive protest since the Sixties to tell a larger story about the reshaping of the American left. Kauffman, a longtime grassroots organizer, examines how movements from ACT UP to Occupy Wall Street to Black Lives Matter have used disruptive tactics to catalyze change despite long odds.

Kauffman’s lively and elegant history is propelled by hundreds of candid interviews conducted over a span of decades. Direct Action showcases the voices of key players in an array of movements – environmentalist, anti-nuclear, anti-apartheid, feminist, LGBTQ, anti-globalization, racial-justice, anti-war, and more – across an era when American politics shifted to the right, and a constellation of decentralized issue- and identity-based movements supplanted the older ideal of a single, unified left.

Now, as protest movements again take on a central and urgent political role, Kauffman’s history offers both striking lessons for the current moment and an unparalleled overview of the landscape of recent activism. Written with nuance and humor, Direct Action is essential reading for anyone interested in understanding the protest movements of our time.

“In 1971, the People Didn’t Just March on Washington — They Shut It Down,” excerpt from Direct Action on Longreads

“Whose Streets? The History and Future of Activism in America”: review by Sarah Jaffe in Bookforum

“How to Take Action and Stay Sane in the Trump Era,”  Interview for Rolling Stone

What Can You Do? More Than You Think: Interview for Vogue

How to Turn an Outpouring of Progressive Activism into a Winning Social Movement: Dialogue in The Nation

Protest in a Time of Political Polarization: Roundtable on KQED Radio

How Direct Action (and 10,000 Crickets) Saved NYC’s Community Gardens: “Theory of Everything” podcast with Benjamen Walker

“Is There Any Point to Protesting?”: Review essay in The New Yorker

“[Direct Action] offers vital interventions, ready for a larger audience who, before November 9, might not have considered themselves radical but now see no alternative to joining the fight.” – Sarah Jaffe, author of Neccessary Trouble: Americans in Revolt

“L.A. Kauffman’s book couldn’t have come out at a better time. With Trump just sworn in as president, millions of Americans – and folks around the world – are eager to organize and take action.” – Onnesha Roychoudhuri, Rolling Stone

“It is impossible to overstate the importance of this book. L.A. Kauffman has connected a vast field of dots to create an overview, and she has done so with dispatch, clarity, and elegance. Her book is essential reading.” – Luc Sante, author of Low Life and The Other Paris

“Direct Action is a movement tour de force. A must read for anyone who has committed themselves to the life of the mind and the life of struggle.” -Rev. Osagyefo Uhuru Sekou, Organizer and Theologian, Visiting Scholar, Stanford University

“This startling, inspiring book is for anyone who has ever felt the urge to put their body on the line for something they believe in.” – Astra Taylor, author of The People’s Platform

“The lurid circus sideshow has seized center ring in Washington, making direct action by progressive agitators all across the country more essential than ever. Don’t agonize, organize! How to do it? Kauffman’s powerful book, drawing on our people’s recent history, shows the way to create true justice for all.” – Jim Hightower, author and activist

To book an event or interview with L.A. Kauffman, please use the contact form.

Wednesday, February 13:
How to Read a Protest at Red Emma’s Bookstore (Baltimore)

First They Marched, Then They Mobilized: How the Resistance Swayed the Midterms: November 2018 article for The Guardian

The Republican Party Is About to Face the Wrath of Women: September 2018 article for The Guardian

Dear Resistance: Marching Is Not Enough: July 2018 article for The Guardian

The Rising of the Women: June 2018 report for n+1 on the #WomenDisobey direct action against family separations

The Resistance Ramps Up as Pro-Immigrant Direct Action Breaks Out Nationwide: June 2018 report for Waging Nonviolence

The State of the Resistance One Year Post-Election: November 2017 article for The Guardian

Women Are Leading the Resistance to Trump: July 2017 article for The Guardian

“Political Objects” at Hilobrow: On the political power of reclaiming space in the physical world

“In 1971, the People Didn’t Just March on Washington — They Shut It Down,” excerpt from Direct Action

“The Theology of Consensus”: The troubled history of an enduring activist practice

“The Disruption This Time”: The extraordinary Black Lives Matter protests of late 2014 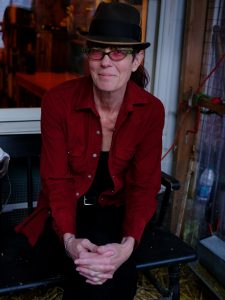 L.A. Kauffman has spent more than thirty-five years immersed in grassroots movements, as a journalist, historian, organizer, and strategist. Her writings on organizing and social movement history have been published in The Guardian, The Nation, The Progressive, Mother Jones, the Village Voice, n+1, The Baffler, and many other outlets.

Kauffman was a central strategist of the two-year direct action campaign that saved more than 100 New York City community gardens from bulldozing in 1999; she masterminded the campaign’s most notorious action, the release of 10,000 crickets in One Police Plaza during a city land auction.

Kauffman was the mobilizing coordinator for the massive antiwar protests of 2003 and 2004, which remain some of the largest demonstrations in U.S. history. More recently, she was a key organizer of successful campaigns to save two iconic New York City public libraries from being demolished and replaced by luxury towers. She is currently involved in a range of organizing projects to oppose the Trump presidency.